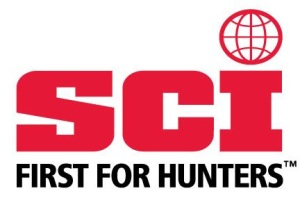 Washington, D.C. — Today, the U.S. Fish and Wildlife Service (FWS) rejected the claim that the African lion merited listing as an endangered species under the Endangered Species Act.  After a long and comprehensive review of the species status, which included information from the foremost lion researchers in the world, the FWS concluded that the African lion simply is not on the brink of extinction and did not merit listing as an endangered species.

The FWS concluded “[s]port-hunting was not found to be a threat to the species at this time.” This conclusion is a blow to the anti-hunting rhetoric put forward by organizations such as the Humane Society of the United States and International Fund for Animal Welfare. The FWS’s conclusion contradicts the assertions made by these anti-hunting organizations in the petition they filed with FWS to have the lion listed as endangered. The on the ground facts and the science simply did not support their position.

“By rejecting an endangered listing, the FWS has officially recognized the reality that the African lions are not actually on the brink of extinction.  More important, today’s decision will likely help further the cooperative efforts of the African nations, and the many organizations and individuals who are working to study and ensure lion populations are sustainable today and into the future.” said Safari Club International Foundation (SCI Foundation) President Joe Hosmer. “Given the outstanding efforts of African governments in creating and maintaining protected strongholds for a large majority of the lion population, it is doubtful that the Service will be able to defend its conclusion that the lion is threatened with extinction in the foreseeable future.”

“The simple fact is the majority of lions live in protected areas.  Efforts like that of the SCI Foundation play a critical role in assisting African range states utilizing best management efforts to ensure the lion has a bright future, not glossy advertisements and hyperbole.  We will work with SCI Foundation to ensure the FWS is accountable to the facts and the law going forward,” said David Bernhardt, former Solicitor of the Department of the Interior.

The U.S. FWS will now collect comments from the public in response to their proposed new regulations. Conservationists around the world should be encouraged to participate in the public comment period.  As the regulatory proposal moves forward, we can expect the anti-hunting and animal rights organizations to continue their calls to ignore the on the ground reality and to push for an endangered determination, which Safari Club International (SCI) and SCI Foundation will oppose.

“SCI raised over $1 million for SCI Foundation to combat the listing of the African lion as endangered.  We will continue to ensure funding is available for science-based conservation of the African lion in the future,” said SCI President Craig Kauffman. “SCI is proud of our Foundation which has won this battle against anti-hunting activists.

As the FWS moves forward, the concerns of American voters must be addressed.  Eighty percent (80%) of voters agree that while we care about the future of the African lion, there are higher priorities that need to be addressed in the United States.* The FWS should focus on those species found here, that the government actually has the ability to manage.

While voters recognize the importance of protecting endangered species through science based management, 81% of voters want the FWS to focus its efforts and taxpayers dollars on protecting domestic species. And for those non-domestic species, two-thirds of voters agree that we should be working under international treaties to ensure protection and global cooperation. Voters clearly want the U.S. government to work within existing international agreements instead of squandering precious resources by implementing unnecessary regulations of foreign species.*

1.      Recent comprehensive studies of the conservation status of the African lion conclude that there are between 32,000 and 35,000 lions living in the wild in Africa.

2.      According to Riggio et al. 2012, a significant 24,000 lions, which is at least 68% of the estimated total population, live in what the study terms “strongholds.”  “Strongholds” are areas that are legally protected as lion habitat or where hunting is managed and that meet “the necessary requirements for [the] long-term viability” of the lion populations living there. There are at least 10 such “strongholds” in Africa, covering an area almost as large as the United States east of the Mississippi River. Riggio affirms with science that lion populations living in these areas are “large, stable, and well protected,” and the populations are therefore “likely to persist into the foreseeable future.”

3.      SCI Foundation has invested hundreds of thousands of dollars into the development of regional and national science-based lion management plans across east and southern Africa.

4.      For twelve years, SCI Foundation has supported the African Wildlife Consultative Forum, where the African lion has been a leading conservation issue, with a total investment approaching US $750,000.

* The Tarrance Group was commissioned by the Safari Club International Foundation to conduct a telephone survey with N=1,013 registered likely voters nationally. Live interviews were conducted April 28-30, 2013. Respondents were selected at random and were part of a fully representative sample reflective of the latest voter registration figures.  A random sample of this type is likely to yield a margin of error of + 3.1% with a 95% confidence level.

Safari Club International – First For Hunters is the leader in protecting the freedom to hunt and in promoting wildlife conservation worldwide. SCI’s approximately 200 Chapters represent all 50 of the United States as well as 106 other countries. SCI’s proactive leadership in a host of cooperative wildlife conservation, outdoor education and humanitarian programs, with the SCI Foundation and other conservation groups, research institutions and government agencies, empowers sportsmen to be contributing community members and participants in sound wildlife management and conservation. Visit the home page http://www.safariclub.org or call (520) 620-1220 for more information.

Safari Club International Foundation is a 501(c)(3) non-profit organization that funds and directs worldwide programs dedicated to wildlife conservation and outdoor education. Any contribution may tax deductible under Internal Revenue Code section 170(c) as a charitable contribution to the extent permitted by law. Tax deductible amount of gift is reduced by the “Fair market Value” of any goods, services, or advantages that a sponsor receives for the donation.
EIN #86-0292099

Like Loading...
‹ Why All Hunters Should Care About Ban on Elephant Trophies
RENOWNED ARTIST TO PAINT LIVE AT 2015 SCI HUNTERS’ CONVENTION ›